If you like your barihunks like your redwood trees, which is tall and awe-inspiring, then head to the Boston Early Music Festival. The group is performing Charpentier's glorious Orphée with three statuesque barihunks, Michael Kelly at 6'2", Douglas Williams at 6'4" and Olivier Laquerre at 6'7". [By the way, we featured two post on who might be the world's tallest barihunk, which you can read HERE and HERE].

The opera tells the famous story of Orphée who decends into the underworld to rescue his beloved Euridice using his musical charms. La Couronne de Fleurs, based on a text by Molière, depicts a musical contest in tribute to Louis XIV as shepherds vie for a crown of flowers from the goddess Flora for the most beautiful and eloquent aria.

There will be two performances of the opera at the New England Conservatory's Jordan Hall in Boston on Saturday evening, November 26th and Sunday afternoon, November 27th. The Boston Early Music Festival not only features singers who are easy on the eyes, but they produce some of the most wonderful baroque opera to listen to in the world. You can click HERE to watch one of our favorite singers, Jesse Blumberg, perform Polifierno in Agostino Steffani’s opera, Niobe, Regina di Tebe.

Douglas Williams is also part of our 2012 Barihunks charity calendar. He's our July feature of "All-American Boys" along with Jonathan Boehr and Christopher Temporelli. You won't want to miss it! Shopping season is officially kicking off tomorrow so order your calendar today by clicking HERE. Please remember that all proceeds are going to benefit young artist programs. 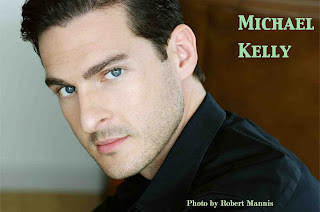 Michael Kelly was supposed to be part of the calendar, but a reprinting error inadvertently left him out. We promise to feature plenty of this gifted young singer in 2012!. You can watch Kelly's recital from the Trinity Wall Street Church, which we featured earlier this year, by clicking HERE.

If you know of a barihunk singing in Handel's Messiah this year, please email us the information at Barihunks@gmail.com.
at 7:53 AM