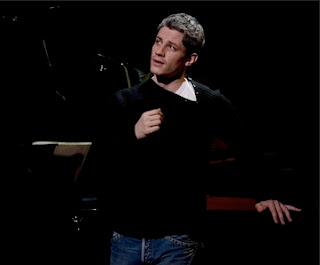 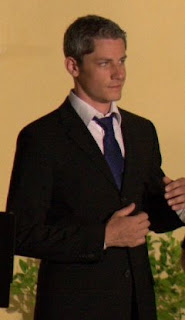 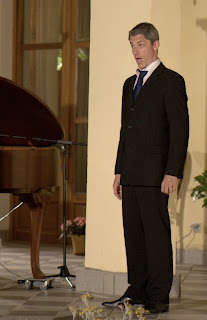 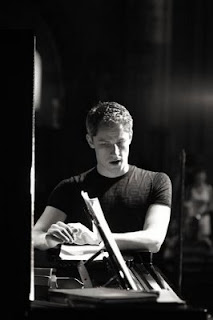 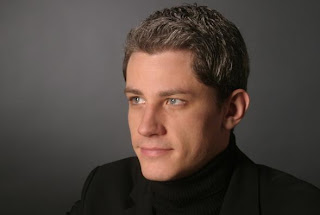 Born in 1982, Edwin Crossley-Mercer first studied the clarinet and singing at the same time as his German studies. In 2000 he entered the Versailles Centre de Musique Baroque, going on to further study in nineteenth-century repertoire. He has performed both the baroque and classical repertoire in concert appearances and has performed in Gounod’s Romeo et Juliette and Tchaikovsky’s Eugene Onegin.
at 9:35 PM 15 comments:

He can't sing, but who cares! No one ever said that you had to be able to sing to make it on this site. Check out http://barihunks.blogspot.com/2008/04/kai-florian-bischoff-scarihunk.html 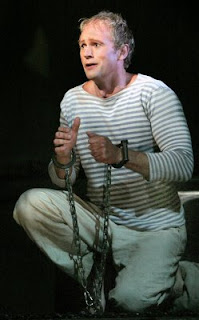 Teddy Tahu Rhodes has apparently seduced a few more people than his loyal fans. Here is what the stuffy Wall Street Journal and the esteemed New York Times had to say about his performance in Billy Budd in Santa Fe:

Wall Street Journal: The baritone Teddy Tahu Rhodes, singing the title role for the first time, impressively captured Billy's macho brio and his vulnerability. He was also physically well-qualified, since he could swing acrobatically from the rigging of Robert Innes Hopkins's workable warship set. Tenor William Burden, who ceded his frequent status as bare-chested beefcake to the well-sculpted Mr. Rhodes for this opera, had the gravitas, emotional range, high notes and lyricism needed for Captain Vere.

NY Times: There is no single Billy Budd look. He can be boyish or a dreamer or a lost soul baffled by the effect he has on people. At 6-foot-5, with his athletic build and six-pack abs, close-ups of which can be seen on numerous opera Web sites, Mr. Rhodes is a towering, rambunctious and jocklike Billy. On being pressed into service, Billy is made a foretop man, and repeatedly throughout the performance Mr. Rhodes climbs up and down rigging with abandon, sometimes using only his arms.
at 8:03 PM 1 comment:

The Marketing of Erwin Schrott 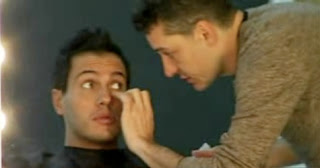 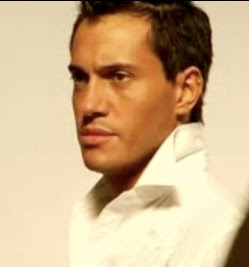 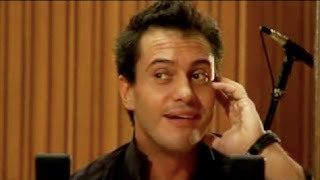 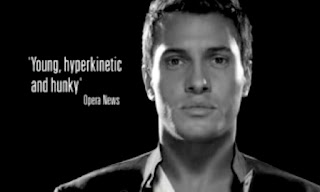 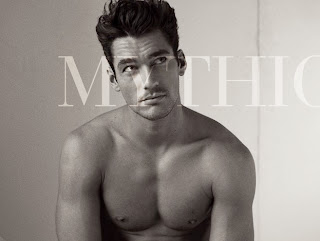 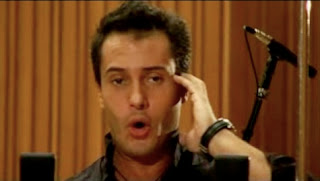 [All photos from the Decca marketing video, except for "Mythic," which is a D&G model looking like the next Schrott album cover.]

After years of watching the sexy, glamorous marketing of sopranos, it looks like the guys are finally getting their turn. Who better to launch the glamorfest than hunky Erwin Schrott and Decca is going all out with Dolce & Gabbana-looking press photos, videos and interviews with Schrott in his barihunkiest roles. I can't wait for the Netrebko-Schrott duet album, which undoubtedly is in the works.

I'm glad to see that opera is keeping up with pop culture when it comes to sexy. This is what will keep opera alive, especially if they continue to market singers who look good AND who can sing.
at 7:14 AM 5 comments:

"Sweet Love." What more can I say? 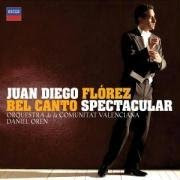 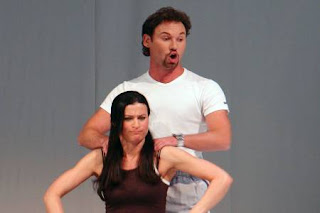 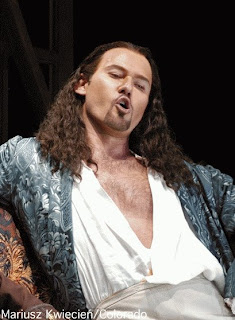 One of Barihunks most loyal readers sent these pictures of Mariusz Kwiecien who we both have a mad crush on (despite our relationship status!). The pictures reminded me that the grossly underrecoreded Hot Pole sings the duet "Venti scudi" from Donizetti's L'Elisir d'amore with the adorable tenor Juan Diego Florez on the latter's new CD. 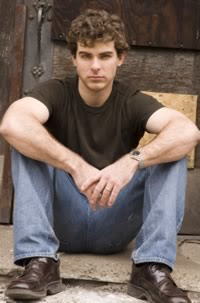 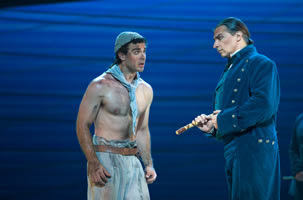 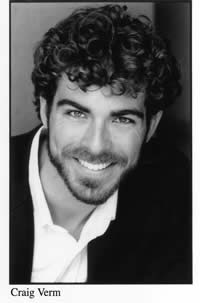 Craig Verm established his reputation with the Pittsburgh Opera and set hearts aflutter with his shirtless portrayal of the Novice’s Friend in Britten’s Billy Budd [center photo]. That same season he portrayed Mercutio in Gounod’s Romeo & Juliette with the company, who has one of the better eyes for barihunk talent.

After a run of Gordon’s Grapes of Wrath in Pittsburgh, he heads to Italy to sing in two of our favorite operas at Barihunks, Britten’s Midsummer Night’s Dream and Mozart's Die Zauberflöte.

We hope to see a lot more of Verm and thank a reader for tipping us off to this up and comer. If you have a barihunk that you'd like to see on the site, email me at barihunks@gmail.com.
at 7:33 PM 2 comments: 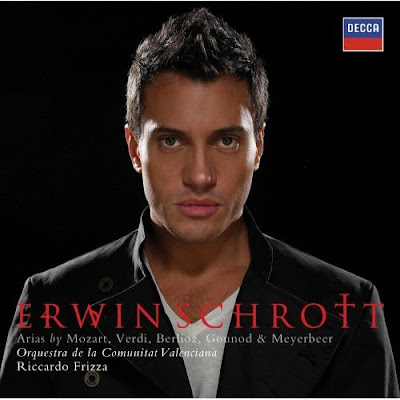 My Santa Fe spy tells me that Teddy Tahu Rhodes was shirtless for much of Billy Budd in Santa Fe, but pictures have yet to surface. If you have any, send them to MikeOpera@mac.com and I will post them. (Because we NEVER get tired of seeing "Teddy Bare" bare-chested.
at 7:42 AM 4 comments: Mariusz Kwiecien did his best Dmitri Hvorostovsky impersonation in Sante Fe, sporting a mane of white hair much like the one that our beloved Siberian barihunk sports naturally. We think that the Hot Pole will age as well as his fellow barihunk.

Mariusz Kwiecien, reprising the role he sang in the 2002 Dallas Opera Figaro, is certainly a virile Almaviva, with a dapper baritone to match. But here's where I part company with Mr. Kent, estimable theater director though he is. Almaviva might be a "mere" count, but surely he would express his randiness more subtly than in these crude gropings of naughty parts.

We'd like to know more about those crude gropings of naughty parts and does anyone have pictures?
at 7:42 AM 2 comments: