Today is composer Giuseppe Verdi's birthday (although some list it as October 10th). His characters have been a treasure trove for us at Barihunks, with a number of roles becoming classic barihunk roles, like Attila, Ezio, Iago, Scarpia, Rodrigo, Giorgio Germont and Ford. Some of the great Verdi baritones who have been on this site include Ettore Bastianini, Titta Ruffo, Sherrill Milnes, Leonard Warren, Ferruccio Furlanetto and Dimitri Hvorostovsky.

Since his actual birth date is in dispute, we're celebrating his birthday for 48 hours!

Giuseppe Fortunino Francesco Verdi was born in Roncole in the former duchy of Parma, he first studied music in the neighboring town of Busseto. Then, upon being rejected in 1832, because of his age, by the Milan Conservatory, he became a pupil of the Milanese composer Vincenzo Lavigna. He returned to Busseto in 1833 as conductor of the Philharmonic Society.


Samuel Ramey in the Attila-Ezio duet from San Francisco Opera:

At the age of 25 Verdi again went to Milan. His first opera, Oberto, was produced at La Scala with some success in 1839. His next work, the comic opera Un giorno di regno (King for a Day, 1840), was a failure, and Verdi, lamenting also the recent deaths of his wife and two children, decided to give up composing. After more than a year, however, the director of La Scala succeeded in inducing him to write Nabucco (1842). The opera created a sensation; its subject matter dealt with the Babylonian captivity of the Jews, and the Italian public regarded it as a symbol of the struggle against Austrian rule in northern Italy. I Lombardi (1843) and Ernani (1844), both great successes, followed, but of the next ten productions only Macbeth (1847) and Luisa Miller (1849) have survived in the permanent operatic repertory. Verdi's three following works, Rigoletto (1851), Il Trovatore (1853), and La Traviata (1853), brought him international fame and remain among the most popular of all operas.

Operas written in the middle of Verdi's career, including Un ballo in maschera (A Masked Ball, 1859), La forza del destino (The Force of Destiny, 1862), and Don Carlo (1867), exhibit a greater mastery of musical characterization and a greater emphasis on the role of the orchestra than his earlier works. Aïda (1871), also of this period and probably Verdi's most popular opera, was commissioned by the khedive of Egypt to celebrate the opening of the Suez Canal; it was first performed in Cairo. Three years later, Verdi composed his most important non-operatic work, the Requiem Mass in memory of the Italian novelist Alessandro Manzoni. Verdi's other non-operatic compositions include the dramatic cantata Inno delle nazioni (Hymn of the Nations, 1862) and the String Quartet in E minor (1873).

In his 70s, Verdi produced the supreme expression of his genius, Otello (1887), composed to a libretto skillfully adapted by the Italian composer and librettist Arrigo Boito from the Shakespearean tragedy Othello. This was followed by Verdi's last opera, Falstaff (1893), also adapted by Boito from Shakespeare, and generally considered one of the greatest of all comic operas.

In general, Verdi's works are most noted for their emotional intensity, tuneful melodies, and dramatic characterizations. He transformed the Italian opera, with its traditional set pieces, old-fashioned librettos, and emphasis on vocal displays, into a unified musical and dramatic entity. His operas are among those most frequently produced in the world today. 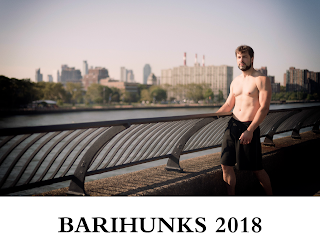