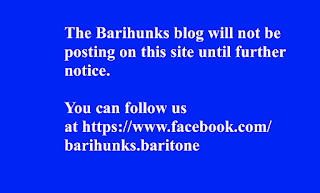 We're taking a break during the pandemic 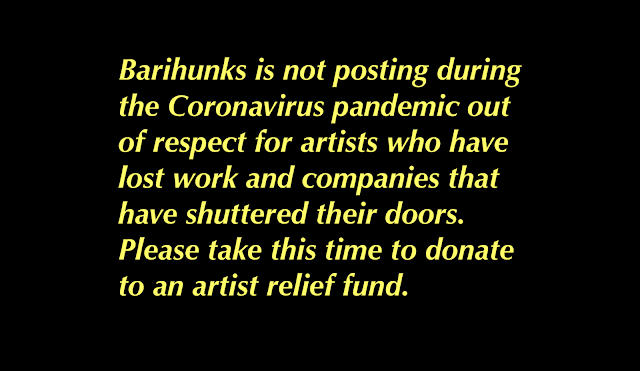 Macedonian barihunk, turned hunkentenor, turned pop singer Vasil Garvanliev is representing his native country in the upcoming Eurovision Song Contest in Rotterdam. Readers may remember him as one of our models in the 2014 Barihunks Calendar!

Garvanliev and his family moved to the United States when he was a child where he sang in the Chicago’s Children Choir. He is a graduate of the University of Toronto and the Glenn Gould School of the Royal Conservatory of Music. He was a member of Calgary’s Opera Emerging Young Artist Program, Glimmerglass Young Artists Program and a member of Opera Atelier, as well as part of the Toronto Summer Music Festival & Academy. He was a winner of the Metropolitan Opera National Council Auditions – Illinois District in 2014-15.


He performed over 50 operatic roles before switching to a pop career. As a pop singer, he has released the singles Gjerdan, Patuvam and Mojata Ulica.

In the Eurovision competition he'll be singing You, composed by his friend Nevena Neskoska, a Macedonian born composer who studied songwriting at the Berklee College of Music.

Tickets will go on sale March 26 for performances which run from May 11-16.

Macedoonia has participated in the Eurovision competition times, but has never placed higher than 7th place when Tamara Todevska performed Proud last year.
at 6:07 PM 1 comment:

American barihunk Edward Nelson won the Glyndebourne Opera Cup today, taking home the top prize of £15,000 and the guarantee of a professional role at a top international opera house. He is the second consecutive American to win the prize, following mezzo-soprano Samantha Hankey's win in 2018.

He recently made his European debut at the Norwegian National Opera as Pelléas in Debussy’s Pelléas et Mélisande, a role he later sang with Ópera de Oviedo and covered at the Glyndebourne Festival. He is graduate of the Adler Fellowship at the San Francisco Opera, where he has made seventy main stage appearances, including as Malatesta in Donizetti's Don Pasquale, Bosun in Britten's Billy Budd, Yamadori in Puccini's Madama Butterfly and Morales in Bizet's Carmen.

Barihunk Blake Denson was named one of the five winners of the 2020 Metropolitan Opera National Council Auditions held today in New York City. He joins mezzo-soprano Gabrielle Beteag, sopranos Denis Vélez and Alexandria Shiner, and tenor Jonah Hoskins as winners of the top cash prize of $15,000 and career-changing exposure.

Denson advanced to the semifinals out of the Midwest Region held in St. Louis, Missouri. A 2018 vocal performance graduate of the University of Kentucky he was a participant in the Houston Grand Opera Young Artist Vocal Academy and is finishing his master's degree at Rice University. This summer he will rejoin the Wolf Trap Opera Studio Artist Program.

This year’s semifinalists were chosen from more than 1,000 singers who participated in auditions held in 40 districts throughout the United States, Canada, Puerto Rico, and Mexico, and who then competed in the 12 regional finals. Each finalist sang two arias on the Metropolitan Opera stage in front of a panel of judges from the top opera companies in the world.
at 8:27 PM 1 comment:

Barihunk duo in Fort Worth's Pops at the Pavilion

The Fort Worth Opera has announced that the barihunk duo of Efrain Solis and Donovan Singletary will perform in the first of two spring concerts on Sunday, March 29th. They'll be joined by fellow cast members from Puccini's La bohème, soprano Talise Trevigne, tenor Giordano Lucà and soprano Tracy Cantin. The performance will be at the Kimbell Art Museum's Renzo Piano Pavilion as part of the company's Pops at the Pavilion.

A second concert on Wednesday, April 22th will feature soprano Talise Trevigne at the Amon Carter Museum of American Art. Tickets can be purchased online.

Efrain Solis will be singing Schaunard and Donovan Singletary will take on Colline in La bohème in both performances, which are on April 17 and 19. Tickets are available online.
at 6:10 AM No comments: