We've raved about Michael Mayes' podcast, the Texapolitan Opera Roadshow podcast, for years and it remains one of the most entertaining shows on the web. His podcasts are often fueled by either heavy doses of caffeine or liberal servings of alcohol. Michael makes sure that no topic is off limits. Some of the recent topics include "Country Music is 3 chords and the truth," "The shared lexicon of opera and addiction," "Sleeping against the pole~ not the Polish guy, but the actual pole," "Singing opera in the mobile home" and "Heterosexual countertenors sure let you know."

Mayes is currently in Nashville reveling in his country roots. One thing that we can say with certainty is that Michael Mayes is an unabashed country boy and Elvis Presley fanatic. It's so refreshing to meet an opera singer who remains authentic to who he is and doesn't start talking in the "international opera accent." 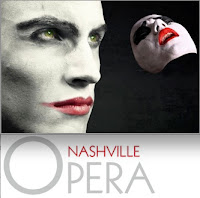 Mayes is performing Silvio in Pagliacci with the Nashville Opera, which continues to be one of the most interesting and creative smaller opera companies. Mayes' Silvio has been greeted with critical acclaim and there is one more performance on Sunday, December 4th. Get your tickets HERE. 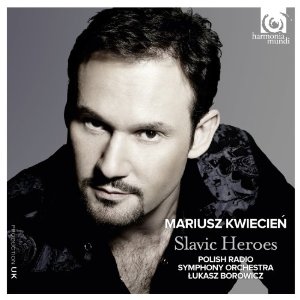 We've been eagerly awaiting to hear when Mariusz "the hot Pole" Kwiecien's new CD of "Slavic Heroes" would be released. We've now learned that it will available in the U.S. on January 10, 2012. The album includes arias by Tchaikovsky, Rachmaninoff, Smetana, Dvoák, Moniusko, Rimsky-Korsakov, Borodin, Szymanovsky. Included is Apollo's Hymn from Szymanovsky's "King Roger," which he will be singing at the Santa Fe Opera this summer from July 21 to August 14.


Kwiecien is wrapping up 2011 in his native Poland with performances of Moniuszko's Halka and Mozart's "Don Giovanni." He opens 2012 at the Bavarian State Opera performing the Marquis de Posa in Verdi's Don Carlo, which we've been told is SOLD OUT. The cast is one of the best that we've seen assembled at any opera house. It includes René Pape as King Philipp II, Jonas Kaufmann as Don Carlos and Anja Harteros as Elisabeth.

If you want to enjoy photographs of talented young artists like Michael Mayes all year long, you can purchase our 2012 Barihunks Charity Calendar by clicking HERE. You'll also be assisting the next generation of young singers, as all of the proceeds will go to young artist programs. We're announcing our first two beneficiaries next week.

Please feel free to contact us at Barihunks@gmail.com with your tips, comments, praise and occasional corrections.
at 8:12 AM