We caught his article about how the Italians are hoping that their new Don Giovanni will divert attention away from their debt crisis. When we saw the cast, which is loaded with barihunks, we wondered how Italians could think about anything else other than this Don Giovanni. Gotta love those Italians.


(Reuters) - Milan's opulent La Scala theatre is hoping the seductive powers of Mozart's "Don Giovanni" can momentarily drown out the chorus of economic doomsayers in Europe when it opens its opera season next week.

As we mentioned, the cast is full of barihunks and world-famous baritones. Alternating as Don Giovanni will be Peter Mattei and Ildebrando d'Arcangelo. The role of Leporello will be alternated between Ildebrando d'Arcangelo and Bryn Terfel. Masetto will feature our "Johnny Depp" look alike Kostas Smoriginas, who will share the role with Štefan Kocán. Even the role of the Commedatore features the sexy Ukranian barihunk Alexander Tsymbalyuk, who shares the role with Kwangchul Youn. Tickets and additional cast information are available HERE. 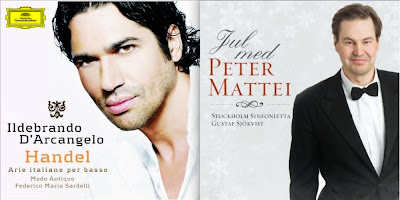