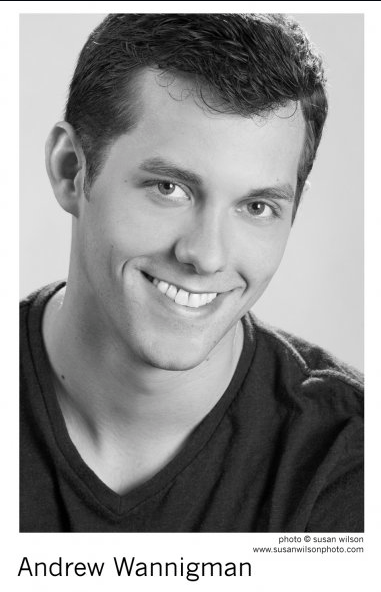 Our latest Reader Submission is Andrew Wannigman, who is performing Maximilian in Skylark Opera's production of Bernstein's Candide. There are two performances left on June 20th and 22nd and tickets are available at Ticketworks.com or by calling 612-343-3390

While completing his master’s degree at the New England Conservatory, he also performed with Longwood Opera, Boston Opera Collaborative, Juventas New Music Ensemble and the Plainsong in Boston.  He was also a section leader and soloist with the First Church in Chestnut Hill and St. John the Evangelist.

For two years, he was a resident artist with the Des Moines Metro Opera performing in their Opera Iowa outreach troupe and also as an apprentice artist for their summer festival.  He performed Figaro in Rossini's Barber of Seville, Papageno in Mozart's The Magic Flute, and covered Dr. Malatesta in their mainstage production of Donizetti's Don Pasquale.

Wannigman is also been active as a soloist in both concerts and recitals. At Luther College, he was a soloist for Ralph Vaughan Williams’ Five Mystical Songs and Beethoven’s Mass in C. In Boston, he performed the premiere of Lori Dobbins’ Rage of Achilles, a recital of songs by Charles Ives and Mass for Baritone & Piano by Randall Despommier at Jordan Hall.

Upcoming roles for Wannigman include Sciarrone in Puccini's Tosca with Mill City Summer Opera and a role debut as Escamillo next season.
at 2:14 AM