Hampson and Pisaroni back for "No Tenors Allowed" 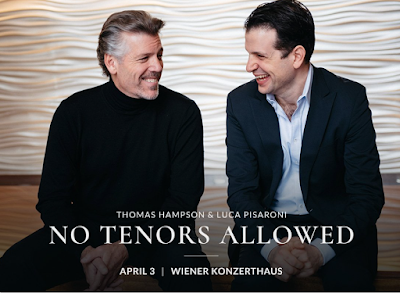 Thomas Hampson and his son-in-law Luca Pisaroni are taking their "No Tenors Allowed" show to the Wiener Konzerthaus in Austria on April 3rd. The duo has performed the concert worldwide, including in the Czech Republic, Portugal, Turkey, Germany and France. Tickets are available online.

Hampson originally performed the "No Tenors Allowed" format with bass Samuel Ramey in the 1990's, which is available on Teldec.
at 7:15 AM