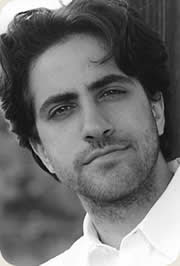 Shadi Torbey was born in Sieburg, Germany of Belgian and Lebanese parents. He studied at the Opéra Studio of La Monnaie and with José van Dam at the Chapelle Musicale Reine Elisabeth.

He has sung in a number of Barihunk operas, but not in the sexy roles, so finding pictures is difficult. He has performed in Rape of Lucretia (Collatinus), Don Giovanni (Masetto) and Orfeo (Caronte). He performs primarily in France, but we'll be keeping an eye on his career.