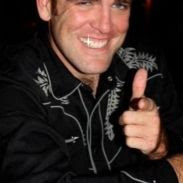 Another great video from Lone Star Opera. Here's their lead in to this soon to be classic video of barihunk Michael Mayes:

During some downtime between gigs, Michael Mayes takes some time to go snowboarding at Wolf Creek Ski Area near Creede, CO. While under the influence of high altitude and severe downtime introspection, he draws analogies between Snowboarding and singing. Its a good thing this is for Lone Star Opera, because you are going to need your boots... its goan git deep....