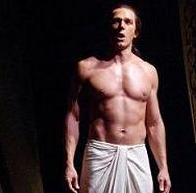 Let's face it, the most enjoyable news and gossip can be found in the New York Post's "Page Six" column. Imagine our delight when we opened the paper and saw the post-Halloween headline that screamed: "Woman collapses during Nathan Gunn performance at Richard Branson's Halloween bash" 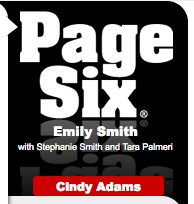 Here's the actual piece that ran in the NY Post:

There was drama at Saturday's Halloween masked ball at Richard Branson and Robert Wojtowicz's Natirar estate when a well-dressed woman collapsed as baritone Nathan Gunn performed. Guests including Cornelia Guest and Matthew Settle gasped as a member of the New Jersey social club and spa at the estate fainted as Gunn performed a Schubert piece in German. The woman was revived, but paramedics were called as a precaution. Gunn told us: "The song had a Halloween theme, about death. I decided not to sing in German again after that. Luckily there were two doctors in the house. I hope she is OK." Other guests at the breast-cancer fund-raiser included Veronica Webb and Mary Alice Stephenson, who seemed disappointed that Queen Noor was "unexpectedly detained overseas," according to organizers. Branson also missed the bash after he decided to party on his private Necker Island in the Caribbean.