One of our favorite composers in the world today is Glen Roven and we'd like to wish him a rousing HAPPY BIRTHDAY ! ! !
Glen Roven is an Emmy Award-winning composer, lyricist, and conductor. One of his notable compositions include a violin concerto based on the children’s book The Runaway Bunny. Another notable composition is “Goodnight Moon, An Aria for Singer and Orchestra” which Lauren Flanigan performed in Central Park May 9, 2010 for an audience of 10,000. It was subsequently performed at Carnegie Hall, Alice Tully Hall and the Kimmel Center. He is the Artist Director of “GPR Records” where he conceived and produced “Poetic License 100 Poems/100 Performers” where artists such as Catherine Zeta-Jones, Patti LuPone, Jason Alexander, Cynthia Nixon, etc. perform their favorite poem. The CD has become the best selling Poetry CD of all time. “Pandora’s Box”, for which he wrote music and lyrics, will be performed at the NYMF Festival October 8 starring Kerry Butler and Deidre Goodwin. 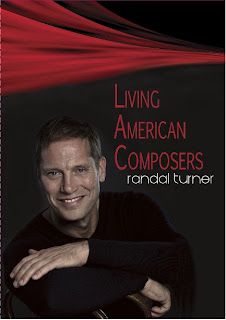 Here is Randal Turner singing two Glen Roven songs from the set "Four Melancholy Songs, Opus 16, No. 1" based on poetry by William Butler Yeats. The perforfance is from Turner's live concert in San Francisco last year.

"The Lake Isle of Innisfree"

"When you are old"

Also, we'd like to wish a Happy Birthday to another barihunk, Jesse Blumberg, who can scroll down and listen to.