JUAN finally out on DVD and Blu-Ray (but not in U.S.)

Since its release in April 2011, we've been deluged with questions about Kasper Holten's movie "Juan" starring barihunk Christopher Maltman. It had an extremely limited release in U.S. theaters and had been slow to appear on DVD. We've mentioned sites like www.iwannawatch.net and others where you can watch the movie online. However, most require that you sign up, download certain software and many don't work on Macs.

We have some good news, in that a European release of the DVD and Blu-Ray disc has finally happened, but it's not cheap. We couldn't find a new copy for less the £39.99. Also, the discs won't play on U.S. DVD players, although you can configure most laptops to play them. But if you're in Europe, you're in luck. Hopefully, sales will be brisk enough to encourage a U.S. release. 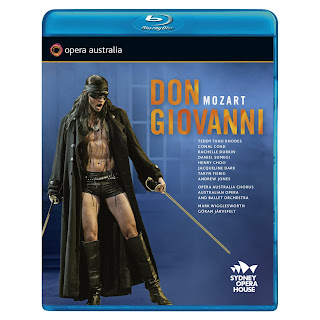 If you can't wait for "Juan" you might be interested in Opera Australia's "Don Giovanni" with barihunk Teddy Tahu Rhodes. He shows a lot of skin, although not quite as much as the fully nude Maltman, but it's an extremely sexy portrayal of the rakish title character. You can order it by clicking on our Amazon link to the right (and we'll get a small commission!).