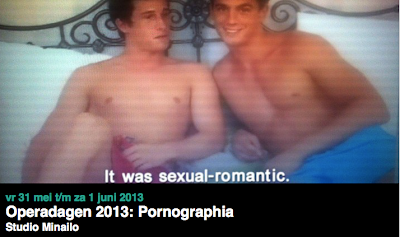 The opera, which is being described as a mix of performance art and opera is the first part of a series of three about contemporary sociocultural trends in society. The other two will be Megalomania and Nostalgia.

The May 31st performance will be preceeded by a panel discussion about the pornofication of the contemporary artistic discourse in the Netherlands. Pornographia is being described as a new experimental operatic performance about our collective need for immediate gratification of our desires.