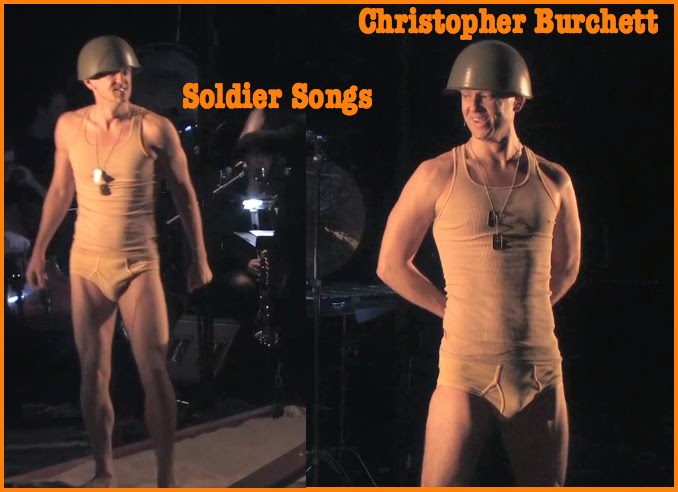 Composer David T. Little's Soldier Songs seems to be finding a foothold in the contemporary repertory, as it is being reprised in Washington D.C. this weekend with barihunk David Adam Moore.

Soldier Songs is an evening-length multimedia event that combines elements of theater, opera, rock-infused-concert music, and animation to explore the perceptions versus the realities of the Soldier, the exploration of loss and exploitation of innocence, and the difficulty of expressing the truth of war. The performance is further enhanced with video and film from Bill Morrison.

The libretto, created by the composer, was adapted from recorded interviews with veterans of five wars.  Soldier Songs traces the shift in perception of war from the age of 6 to the age of 66. The story follows the abstract character through the three phases of life:  Youth (playing war games) Warrior (time served in the military) and Elder (aged, wise, reflective).