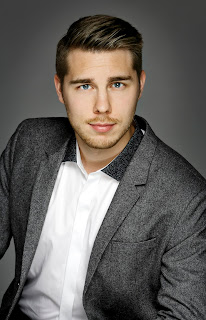 Aarne Pelkonen has joined the Oldenburg Opera in Germany through 2017, where he will perform Elviro in Handel's Serse, Figaro in Le nozze di Figaro and San in Trouble in Tahiti. In August he'll join Karita Mattila and Florian Boesch in the cast of Berg's Wozzeck at the Helsinki Music Center with the Finnish Radio Symphony Orchestra.
at 2:04 PM