Samuel Ramey, who many have dubbed the "original barihunk" of the modern opera era, will receive The President's Medal from Wichita State University. The honor is presented annually to a person for exemplary leadership, service to humanity and expertise in their field. Honorary degrees must be approved by the Kansas Board of Regents.

Ramey serves as the distinguished professor of opera at Wichita State University and recently joined the Wichita Grand Opera as their Ambassador and Artistic Adviser. The company has established "The Samuel Ramey program," which includes three new initiatives: One to take opera across Kansas, one to create the Opera Academy of the Midwest and the formation of the Wichita Opera Business Alliance.

A native of Colby, Kansas, Samuel Ramey was active in music throughout high school and college. In 1995 he was named “Kansan of the Year,” and in 1998 the French Ministry of Culture awarded him the rank of Commander in the Order of Arts and Letters.

His video of Boito's Mefistofele from the San Francisco Opera has become a cult classic with opera aficionados. He continued his sexy shirtless portrayals as Attila that were not only sexy, but set the vocal standard to this day. He remains an idol and role model to a generation of younger low voices.

His amazing vocal flexibility and range has allowed him to sing roles ranging from Argante in Handel’s Rinaldo to the title role in Bartok’s Bluebeard’s Castle. His repertoire includes the florid passages of Handel, the bel canto roles of Bellini and Donizetti, the great baritone roles of Verdi and Puccini, great American operas and even many of the great Russian and French bass roles.

He is still actively performing, although in less demanding roles. In recent years, he's performed Count Monterone in Verdi's Rigoletto in Wichita, Bartok's Bluebeard's Castle in Omaha, Dansker in Britten's Billy Budd with the Los Angeles Opera, the Grand Inquisitor in Verdi's Don Carlos at the Houston Grand Opera, Leone in Verdi's Attila at San Francisco Opera, Timur in Puccini's Turandot at the Met and the Old Hebrew in Saint-Saens' Samson et Dalila at the Tulsa Opera.


Don't forget that there are only 21 days left to buy your 2017 Barihunks in Bed calendar. 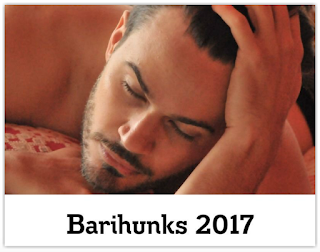