Mariusz Kwiecien, who was one of the inspirations for his site, will open as Zurga at the Lyric Opera of Chicago on Sunday, November 19th. He'll be joined by tenor Matthew Polenzani as his friend Nadir, the booming bass Andrea Silvestrelli as Nourabad and soprano Marina Rebeka as Leïla.


Kwiecien last appeared in the role with the Met in January 2016, which also featured Polenzani, as well as German soprano Diana Damrau.

There will be seven performances running through December 10 and tickets are available online.

However, if you can't make it to Chicago (where it's cold and rainy right now), you can listen to the opening performance of The Pearl Fishers can be heard live on 98.7WFMT beginning at 1:45pm CST/11:45 AM PST/2:45 EST.

Upcoming performances for Kwiecien included Malatesta in Donizetti's Don Pasquale at Opera Krakowska in March, the title role in Mozart's Don Giovanni in Dallas and London, and Enrico in Donizetti's Lucia di Lammermoor in Munich. 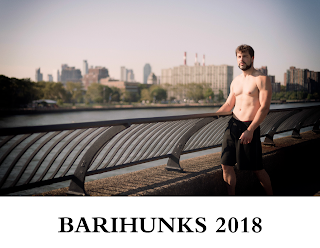 Our 2018 Barihunks Calendar, which includes 20 of opera's sexiest men is now available for purchase HERE. In response to reader demand, we've also added a Barihunks Photo Book this year, which includes additional photos that don't appear in the calendar. You can purchase that HERE. The New Year is approaching faster than you think!
at 7:10 AM