Barihunks Blog in the News 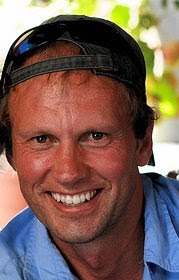 The Sante Fe New Mexican gave Barihunks a nice mention in a news brief that they did on Teddy Tahu Rhodes, who is about to burn up the desert stage in Benjamin Britten's "Billy Budd." Here's what they wrote:

Speaking of Rhodes, he's one of the stars of the singing world featured on www.barihunks.blogspot.com, dedicated to all things hunky and baritone. To get an idea of Rhodes' sizzle, a June feature on him in Opera News was entitled Too Darn Hot!

Torn from his career as an accountant, Rhodes had to be encouraged to make the leap into singing fulltime — and he's a bit embarrassed at the attention his physique has drawn. "What can I say? It's taken on a life of its own," he told Opera News. "The roles I've become known for have tended to show me in undershirts. And I do spend a lot of time in the ocean back home, though I'm not a surfer, trust me. I also work out a lot — more than most opera singers, I suppose. Ultimately, though, you've got to be able to sing."