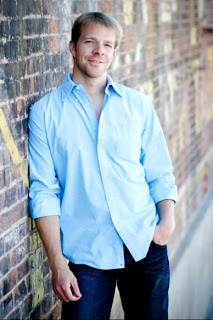 Colorado native Gregory Gerbrandt is returning to his hometown of Greeley to star in two performances. The Greeley Tribune ran this feature on the emerging star in anticipation of his performance with the Greeley Chorale on April 3 and a performance of Mendelssohn's Elijah and Ralph Vaughan Williams' "Got Me Flowers" at the Greeley Congregational Church on April 10.

Gerbrandt recently wowed audiences at the Hawaii Opera with his intense portrayal of Enrico in Donizetti's "Lucia di Lammermoor." In July, his recording of Kamran Ince's "The Judgment of Midas" will be released on Naxos.

The singer comes from great musical stock, as his father led the University of Northern Colorado opera program for 21 years.

Here is an amateur video of him singing "Some Enchanted Evening" from South Pacific.