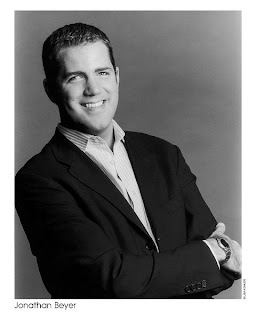 One of the great things about young artist programs and smaller opera companies is that you can see emerging talent in roles that they would never perform on the big stage. One of the most sought after and talented of the young group of baritones is Jonathan Beyer, who has been blowing away everyone and anyone in sight in vocal competitions. (For the record: He was a National Finalist in the Metropolitan Opera National Council Competition. He was the 1st Place Winner at the Marian Anderson Prize for Emerging Classical Artists. He has also won the McCammon Competition, Sullivan Foundation Grant, the Irma M. Cooper Competition, Violetta DuPont Competition, Rochester's Classical Idol, New Jersey Verismo Competition, Philadelphia Orchestra's Greenfield Competition, Astral Artist Auditions, Pittsburgh Concert Society Auditions, SAI Competition, American Opera Society Competition, the Union League Civic and Arts Foundation Competition, and the Bel Canto Foundation.)

Many people in the opera world are predicting superstardom for this singer and you should take advantage of any opportunity to hear him perform. 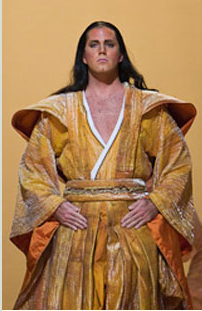 If you're in the New York/New Jersey area, you can preview him in a role that he won't be singing on any major stage for years to come. He will be Germont Pere in a production of Verdi's "La Traviata" with Opera at Florham at Farleigh Dickinson University in Madison, New Jersey. The production is semi-staged with a reduced orchestra, which will allow you to really hear this gifted performer. The performance is at 3 PM on Sunday, June 5 and you can click HERE for additional cast and production information.

You can hear a selection of audio clips at his website.