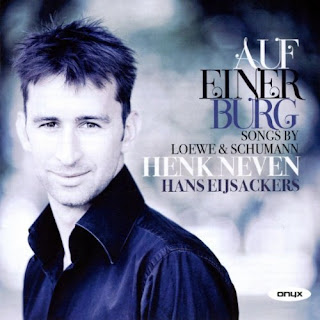 Henk Neven, who we recently introduced to American audiences, has been nominated for a presitigious Gramophone Award in the category of "Solo Vocal." Neven was nomintated for his recording of Carl Loewe's "Ballades" and Robert Schumann's Liederkreis with Hans Eijsackers on piano. The winners, including the prestigious Recording of the Year, will be unveiled on October 6 at London's Dorchester Hotel.

Neven has yet to make his U.S. debut.