Beyer shot to fame after winning a series of vocal competitions, which we covered on our site. Cedel seems to be following the same path, as he also won the The Canstatter Foundation prize at the Liederkranz Foundation Vocal Competition last month. 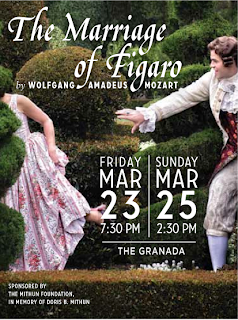 Cedel can next be seen performing the title role in Le Nozze di Figaro at the Granada Theater with Opera Santa Barbara.