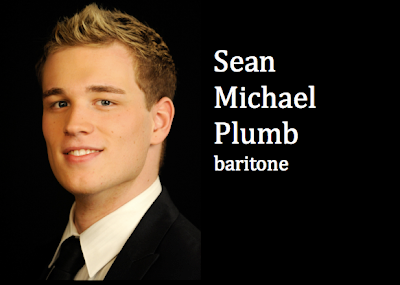 Set you DVRs for 6 PM on May 28th for "Renee Fleming: A YoungArts MasterClass" on HBO. The legendary soprano will work with four aspiring opera-singers on developing their voices and their careers.

The four singers who were selected to work with Fleming are Aaron Casey, Crystal Vanrell, Samantha Hankey and an emerging barihunk, Sean Michael Plumb. The 20-year-old Los Angeles native studies at the Curtis Institute of Music with Marlena Malas and Mikael Eliasen. He also holds a fellowship at the Aspen Music Festival and School, where he has studied for the last two summers.

He has performed at the Dorothy Chandler Pavilion, the Broad Stage, the Baryshnikov Arts Center, and as a United States Presidential Scholar, the Kennedy Center. Additionally, Sean performed at the 2010 Grammy Week Salute to Placido Domingo with the Los Angeles Opera Orchestra. He has won many competitions including the Classical Singer Magazine 2009 High School Competition, the Los Angeles Music Center Spotlight Awards, and the top prize (Gold) at the National Foundation for the Advancement of the Arts’ YoungArts Week. At Curtis Sean has appeared in Apollo and Daphne (Apollo), Faust (Wagner), La Tragedie de Carmen (Lilas Pastilla), Il Signor Brushchino (Il Comissario), and The Cunning Little Vixen (Grasshopper).