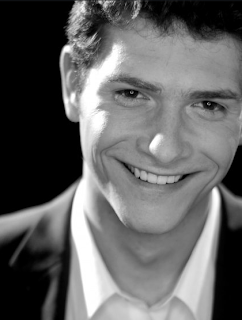 We're not sure what is going on with our reader submissions, but they seem to either be coming from Germany or recommending German singers (which is fine by us!). The latest is Martin Häßler who began is vocal training at the Hochschule für Musik Felix Mendelssohn-Bartholdy in Leipzig, Germany. He is currently studying as a full scholarship awardee at the Guildhall School of Music and Drama in London.


The 24-year-old singer has been making his mark as a recitalist having performed with the Berlin Philharmonic, at Deutsche Oper Berlin accompanied by Philip Moll, at Schloss Herten with Graham Johnson, at the Oxford Lieder Festival, at LSO St. Luke's London, the Vienna Musikverein with Marek Ruszczynski, and at the Schubert Festival accompanied again by Graham Johnson.

On June 21, he'll be making his Wigmore Hall recital debut performing the works of Schubert, Wolf, Mussorgsky and Finzi. Tickets are available online.
at 7:27 AM