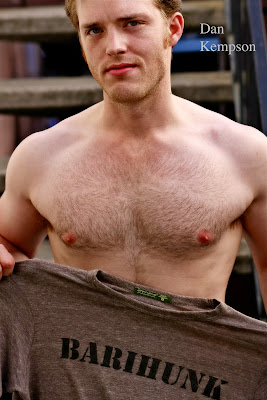 The famed apprentice program received 968 applications this year and only 43 singers were chosen to perform with the Santa Fe Opera during its 57th season. Kempson was the cover for Count Almaviva in Mozart's Le nozze di Figaro, performed Le Notaire​  and was the cover for Baron Grog in Offenbach's The Grand Duchess of Gerolstein and performed Father Flynn from Douglas Cuomo's Doubt in the Apprentice Scenes Showcase where they performed the final scene from Act 1.

The Santa Fe Opera Apprentice Singer Program provides young artists the opportunity to work and perform with some of the most respected conductors, directors and singers in the classical music world. The apprentices form the backbone of the season’s five operas as members of the chorus and in supporting roles. They receive coaching, lessons in diction, period music style, and performance with faculty from The Juilliard School, the Curtis Institute of Music, San Francisco Opera, and Manhattan School of Music, as well as master classes by artists such as Harry Bicket, Christine Brewer, and Joyce DiDonato.
at 5:07 AM