Barihunk Christopher Dylan Herbert encored his unique performance of his participatory version of Franz Schubert’s 1828 song cycle Winterreise at the Brooklyn Botanic Garden. He recently released a video highlight of the performance. Appropriately dubbed Winterize, since it's performed outside in the cold New York winter, the piece reimagines Schubert's WINTERREISE for baritone and transistor radios.

Performed in collaboration with Make Music New York, the audience holds the accompaniment playing through the radios as they walk through the Brooklyn Botanic Garden. Along the way, they pass through locations that reflect the imagery of Wilhelm Müller’s poetry and Schubert’s music.

You can next see Herbert live with the Chamber Music Society in My Brother, Franz Schubert, which will be performed at Princeton on November 7 and Alice Tully Hall on November 8. On November 14, he rejoins New York Polyphony at the Church of St. Mary the Virgin in Times Square for Songs of Hope, featuring music by Andrew Smith, Francisco de Peñalosa, Cyrillus Kreek and Loyset Compère. 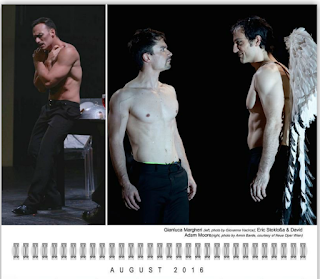