When we featured barihunk Zachary Luchetti's very funny bio on the site back in August it pretty much went viral, quadrupling our traffic for the day. The Pennsylvania native has carved out a nice niche for himself singing mostly regionally, where he's dubbed himself the  "the king of the D-list opera singers."

All kidding aside, he actually has an impressive résumé, having earned a master’s degree in vocal performance from Duquesne University and some 70 roles under his belt.

The Pittsburgh Post-Gazette just featured him after runs in "Night of the Living Dead, The Opera" in Midland, PA and Iolante in Carnegie, PA. You can read the entire piece HERE, as well as our original post HERE (it's just as funny on second reading!).


IF YOU LIKE SEXY MEN, DON'T FORGET TO ORDER YOUR
2016 BARIHUNKS CHARITY CALENDAR TODAY!!! 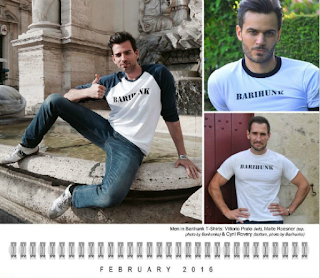