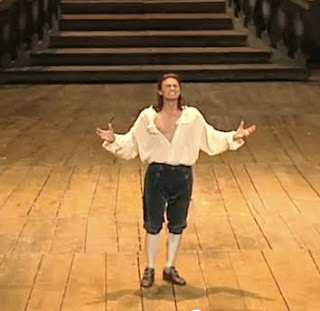 The Washington National Opera has released a preview video of their current production of "Le Nozze de Figaro" with barihunks Teddy Tahu Rhodes as Count Almaviva and Ildar Abdrazakov as Figaro. As you can see from the screen cap, "Teddy Bare" manages to give the audience a little shot of skin even when he's not singing barihunk classics such as Dead Man Walking, Don Giovanni or A Streetcar Named Desire.

There are two performances left with Rhodes and Abdrazakov and one with the alternate cast of Trevor Scheunemann and Kostas Smoriginas. Visit the Washington National Opera website for casts and times.