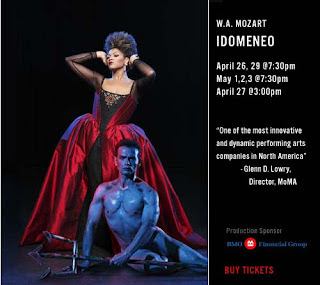 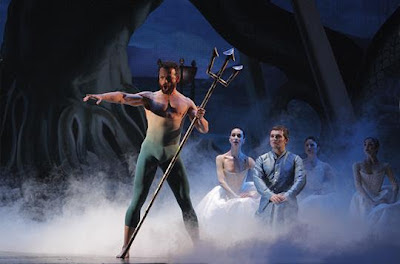 It looks like Neptune is carrying two big spears in the bottom photo. Stunning barihunk Curtis Sullivan sings primarily in Canada, but made his debut with the San Francisco Opera alongside barihunk Bo Skovhus in The Merry Widow. He may be the first singer to turn Mozart's Idomeneo into a barihunk opera.

Other barihunk operas that he's performed in are the Magic Flute, Carmen and A Midsummer Night's Dream. We look forward to seeing much more of this singer...much, much more.
at 8:55 PM