Barihunk Caoduro to Replace Raimondi in L.A.; More Hunks on the Way

Good news for Barihunks fans on the West Coast. It was just announced that barihunk Giorgio Caoduro will replace the legendary Ruggero Raimondi in the Los Angeles Opera production of L'Elisir d'Amore. The adorable Caoduro will take on the role of Dr. Dulcamara.

L.A. Opera favorite and barihunk Nathan Gunn will play the role of Belcore. By the way, Gunn will be singing the Barber of Seville at the LA Opera in November and December of this year with Joyce di Donato and hunkentenor Juan Diego Florez. Gunn will be alternating the title role with fellow barihunk Lucas Meachem, whose cast also includes barihunk prospect Ryan McKinny as Don Basilio. [If we have one criticism of the otherwise wonderful LA Opera, it's that they have a penchant for casting barihunks in the unsexiest roles imaginable!]. 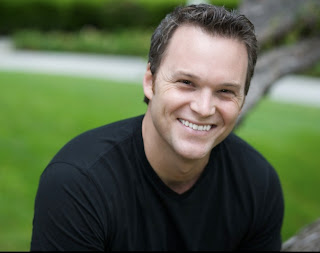 We love the legendary 67-year-old bass-baritone Ruggero Raimondi, but we think that Caoduro is a casting improvement. He's an amazing comic actor who is just hitting his stride as a major operatic talent. The role of Dr. Dulcamara is perfectly suited to his talents. If you can get to L.A., this should be a "can't miss" performance.