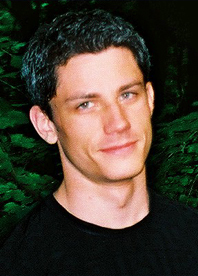 We've been following the career of Edwin Crossley-Mercer for a few years now. We've been particularly impressed by his wonderful lieder singing, which he honed in master classes with Thomas Quastoff and Dietrich Fischer-Dieskau. The 28-year-old was trained as a clarinetist and sings with the beauty of line and tone of a wind player.

Although we admire him for his song recitals, we were thrilled to see him on the roster at the Opéra De Paris singing Harlequin in Richard Strauss' "Ariadne auf Naxos." (By the way, you don't want to miss Jane Archibald singing Zerbinetta). Performances begin tonight and run through the end of the month. You can watch a highlight video on their website.

Although opera is creeping onto his schedule, Crossley-Mercer still has plenty of lieder on his schedule. He has performed critically acclaimed renditions of Schubert's Winterreise at Bayreuth and at the Musée d'Orsay in Paris, prompting one reviewer to call it the definitive portrayal of our time.

You can hear him perform "Auf dem Flusse" from Winterreise by clicking HERE and Frühlingstraum by clicking HERE.  There are also a number of clips on YouTube, including this rendition of Taüschung.

Schubert singing doesn't get much better than this.