According to our Google Analytics, two of our most popular posts of all-time continue to be those of Gabriel Bermudez appearing nude in Poulenc's  "Les mamelles de Tirésias" and Daniel Okultich appearing nude in Howard Shore's "The Fly." Until now, we've only had pictures and no video. But thanks to a European broadcast of the opera, we now have some video to share of the scene that prompted fellow barihunks Michael Mayes and Michael Todd Simpson on the Texapolitan Opera podcast to coin the phrase "The Full Okulitch" to describe a full-frontal nude scene in opera.

The Canadian barihunk can next be heard in recital at the Glenn Gould Studio on December 4th in Toronto. You can check out his profile on the CBC website where you can also listen to him discuss his status as a barihunk. 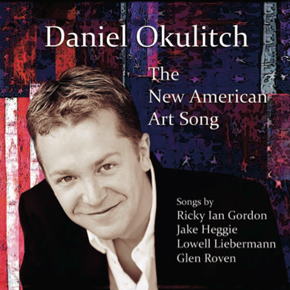 We also highly recommend that you add Okulitch's wonderful recital "The New American Art Song" to your CD collection. You can purchase it at the GPR Records website.

For the record, the only other barihunk to appear on this site other than Bermudez and Okulitch performing "The Full Okulitch" is Troy Cook. We should use this opportunity to point out that we only publish nudity if it was performed on stage. We have pictures of Leigh Melrose from "Riders to the Sea" and Laurent Alvaro from the French production of "The Fly," but felt the quality wasn't good enough to post. We also hear that there are photos of Eugene Brancoveanu from "Little Caesar," but we've never found them.