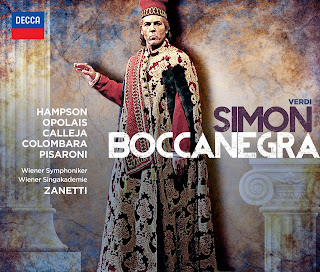 We don't review recordings, DVDs or performances, as our goal is simply to promote the barihunks that we love. But there are two new recordings that might be of interest to readers and they both feature Thomas Hampson.

Back in April, we posted about Luca Pisaroni singing Paolo Albiani to Thomas Hampson's portryal of the Doge Simon Boccanegra in Vienna. Also in the cast is fellow barihunk Carlo Colombara as the Genoese nobleman Fiesco. The Decca recording was made from live concert performances in Vienna. If the twists and turns of this family plot aren't complicated enough on stage for you, Pisaroni is Hampson's son-in-law in real life.


At the complete other end of the spectrum is a new crossover album called Great Voices Sing John Denver, featuring some of the biggest names in opera. The album is of interest to our readers that they've included some of the most popular barihunks in the business, including Rod Gilfry, René Pape, Thomas Hampson and Nathan Gunn. 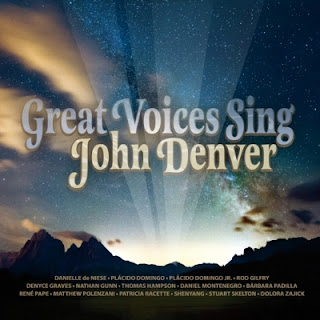