French bass-barihunk Edwin Crossley-Mercer is making his long-awaited New York debut on March 3, 2014 at the Weill Concert Hall. It only seems appropriate that a singer as sexy as Crossley-Mercer would make his Big Apple debut with what amounts to an NC-17 rating. The Carnegie Hall website states, "Because the poems of Catullus deal with issues of sex in a frank manner, some members of the public might find them objectionable. "

The warning refers to Carmina Catulli, a 17-movement song cycle by Michael Linton based on the poems of Catullus, the Latin poet of the late Roman Republic. Catullus fell in love with the aristocratic Clodia Metelli who was alleged to have an insatiable sexual appetite. Although many people have found his poems about his relationship with Clodia Metelli shocking, he actually influenced many great poets including Ovid, Horace, and Virgil.

Michael Linton’s music is notorious for its emotional ferocity and extraordinary technical difficulty. The rest of the program will include Linton's Seven Franchetti Songs, settings of poetry by the Italian-American polymath Cody Franchetti. They will be performed by tenor H. Stephen Smith. The accompanist for the concert is Jason Paul Peterson.

Tickets do not go on sale until January 7, so check back early next year at the Carnegie Hall website.

If you can't wait until March, you catch him in recital in Moscow, Russia on December 16 or as Jupiter in Rameau's Platée at the Theater an der Wien from February 17-28. 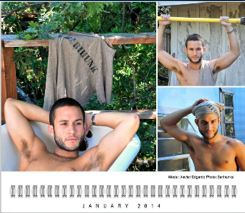