Liam Bonner singing at games and galas this week


Barihunk Liam Bonner is having a busy week, starting with a performance of the National Anthem at tonight's L.A. Clippers-Orlando Magic basketball game.

On December 6th, he will perform at the 50th Anniversary celebration of the Los Angeles Music Center. Bonner will perform the role of Richard Nixon in the Act 1 finale and banquet scene of John Adam's Nixon in China. The opera had its Los Angeles premiere at The Music Center on the stage of The Dorothy Chandler Pavilion in 1990. Bonner will be joined by Gordon Hawkins as Chou En-lai, Richard Paul Fink as Henry Kissinger and So Young Park as Pat Nixon.

Mezzo-soprano Susan Graham will perform an aria as part of a special tribute to the LA Opera with a video tribute from LA Opera Eli and Edythe Broad General Director, Plácido Domingo. The star-studded 90-minute show will honor The Music Center and highlight the accomplishments of the past 50 years. 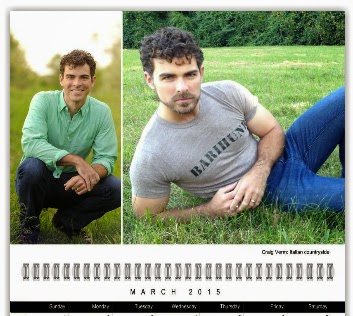 You can order your 2015 Barihunks Charity Calendar by clicking on the LULU button below. Enjoy 19 of the hottest men in opera.