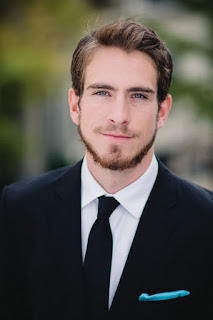 POETLOVE is a musical short film harnessing the power of art song, but set in modern day New York.  Like Schumann's cycle, it tells the story of a young man who falls hopelessly in love, in this case it's a Bushwick-based performer, Amalia -- before spiraling into a manic-depressive state from her rejection. By confronting his demons and putting his story into songs, he's able to reemerge and move forward, older and stronger.


POETLOVE was shot largely in Williamsburg, with additional shooting throughout the city and in New Hampshire, and is told entirely through the Heine/Schumann songs from the cycle.  The piece is performed in a new English translation and features Kerri Sohn as Amalia.

Since its premiere in March 2016, the film's had considerable success on the festival circuit, winning prizes at the Geneva and Hong Kong Arthouse Film Festivals, and playing at festivals around the country and in Asia.

California native Geoffrey Hahn is new to this site. He's currently pursuing his Master's degree in voice on a full scholarship from Rice University's Shepherd School of Music, where he recently performed the role of Demetrius in Britten's A Midsummer Night's Dream and will be singing Sam in their upcoming performance of Bernstein's Trouble in Tahiti.

Our 2017 Barihunks in Bed calendar is now on sale, which celebrated our 10th Anniversary. You can purchase your own copy by clicking on the LULU button. 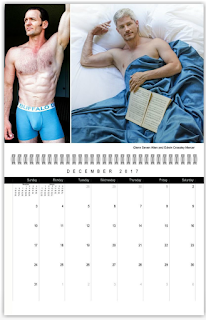