It's been a year since we first featured barihunk Jesse Blumberg after he delivered a rousing performance of Handel's Messiah with the American Bach Soloists in San Francisco. Blumberg is back with the group to reprise his performance this month.

Blumberg is also the featured soloist on the world-premiere recording of Ricky Ian Gordon’s "Green Sneakers," a song cycle for baritone, string quartet and empty chair. The cycle was written by Gordon after his partner died of AIDS and it is an extremely personal and heartfelt composition. Blumberg whose singing is as stunning as his looks, delivers a poignant and memorable performance. You can buy the CD by clicking HERE. 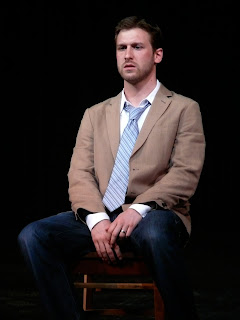 Composer Ricky Ian Gordon knew from the beginning of working on this piece that he wanted Blumberg as his soloist. This is what he told Opera Today:

“Because of the honesty and intimacy of these poems I knew that a performer who was false in any way would kill Sneakers. It had to be a singer who was essentially an open vessel. Jesse is like that with his unusual combination of strapping casual masculinity and comfort in his own body. He’s unsaddled by any kind of ego that gets between him, the music he is singing and the words he is conveying.” 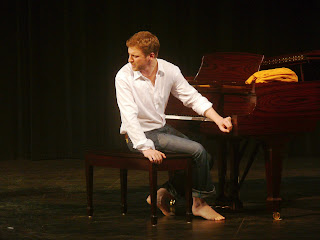 For readers on the East Coast, you should check out his website for his schedule. In March, he will also be performing Harlekin in Richard Strauss' "Ariadne auf Naxos" with the Boston Lyric Opera.