Barihunks loves the role of Escamillo because it always seems to attract the hunkiest singers in the world. There are a number of performances currently running or coming to opera houses this Fall that include barihunks. Ryan McKinny is the Escamillo in the Carmen currently running at the Deutsche Oper Berlin. 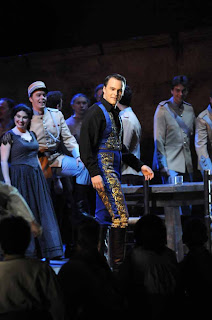 [Ryan McKinny  - Photo courtesy of Deustche Oper Berlin]
We've received a lot of emails about Michael Chioldi, who we haven't posted yet. This seems like a good time to mention that he'll be performing the role of the swaggering torreador in Bordeaux opening in September. 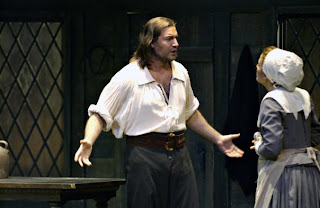 [Michael Chioldi]
On October 13th, one of our favorites, Kyle Ketelsen, dons the "traje de luces" of the torreador at Lyric Opera of Chicago. 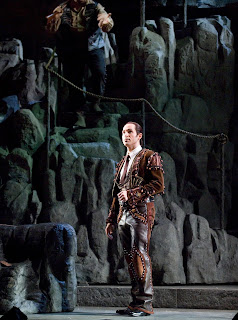