Raves For Schrott/Kwiecien Pairing In London


The Times of London wrote:


"...Erwin Schrott who, in superbly cultivated voice, has a knowing, dignified and often very amusing sense of self-possession and a vocal depth that, in Act IV, can find the true darkness of despair. His counterpart in the struggle for male self-awareness is the Count of Mariusz Kwiecin, a rabid hunter, filling his own inner vacuum with a virtuoso anger and violence that can make body and voice quiver from top to toe." 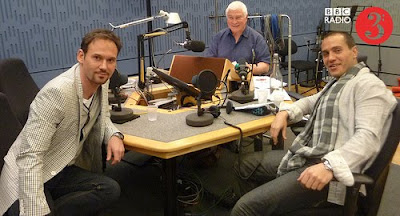 [Kwiecien & Schrott talking to the BBC]
Mark Berry, writing for MusicWeb wrote:
"...there were two stellar performances from Erwin Schrott as Figaro and Marius Kwiecien as the Count. Both are artists – and actors – of extraordinary charisma. Testosterone levels registered during their confrontations might well have exceeded all previous records. Never have I felt so keenly the fury of Figaro’s ‘Perché no?’ immediately prior to the third act finale. The Count’s frustrations of his valet had finally pushed him too far; I thought he might kill his master. For the chemistry between the two baritones was something special indeed, their relationship far more credible than any other. Kwiecien possessed the stage as to the manor born, the dark arrogance of his vocal portrayal enhanced by his physical presence. And the slipping away of his authority, supplanted by the upstart Figaro, was if anything all the more impressive in its astonishing subtlety. But victor, of course, there could only be one: Schrott left one in no doubt that this was ultimately Figaro’s show. Try as I might, I could not summon up a single reservation – and, to be frank, I have no inclination to do so. Whether it be his ease with the Italian language, the diction of extraordinary and meaningful clarity, not least in his daring sashays into parlando delivery, the beauty of his legato tone, the smouldering sexuality, or the equally extraordinary vulnerability displayed in his fourth-act aria, this Figaro had it all. Schrott’s is an assumption every bit the equal of his astounding Don Giovanni." 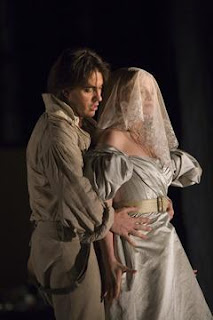 "...in Mariusz Kwiecien's Count and Erwin Schrott's Figaro we have performers equal in vocal and dramatic sensibility, capable of realising the central conflict in terms of psychology and class consciousness.

You sense danger whenever they are on stage. Kwiecien's sexual insistence carries the terrifying potential for abuse. Schrott paces like a frustrated animal before stalking the Count with a shotgun. The climax comes in a phrase of recitative, often overlooked. "I never dispute matters of which I know nothing," Schrott hisses at Kwiecien, eyeball to eyeball for the first time. The world seems changed in an instant."