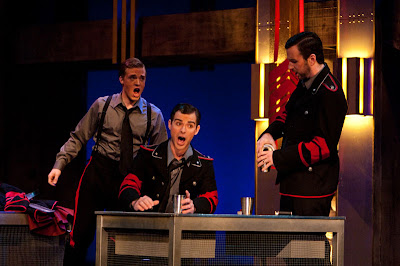 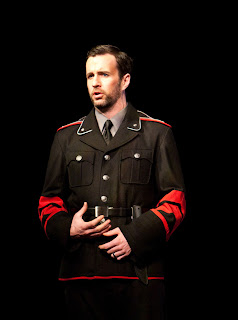 In January and February of this year the Pittsburgh Opera performed Benjamin Britten's opera "Rape of Lucretia" with their young artists. As always, Lucretia seems to attract the hunkiest singers around and Pittsburgh's production was no exception. Craig Verm cut a dashing figure as Junius, Dan Kempson a matinee idol Tarquinius and Liam Moran was a total stud as Collatinus.

If you missed this performance, the Pittsburgh Opera has some barihunks on their upcoming schedule. Matthew Worth will perform Figaro in the "Barber of Seville," Denis Sedov will portray Raimondo in "Lucia di Lammermoor," and Craig Verm will be back as Ping in "Turandot."
______________________________