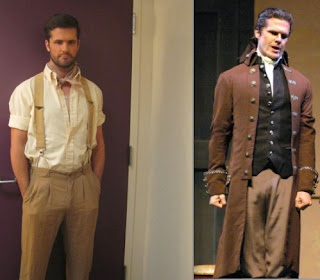 We spent a good deal of time covering the Isaac Mizrahi production of "A Little Night Music" in St. Louis in some recent posts. We featured Chris Herbert pretty prominently, but also mentioned that Aaron Agulay and Lee Gregory were in the cast. Lee Gregory is married to the supremely gifted soprano Kelly Kaduce Gregory and we've just learned that the couple will be performing together again.


Lee Gregory will be singing Shaunard in La Boheme with Kelly Kaduce Gregory as Mimi from November 13-21 at the Michigan Opera Theater. This is the same company that brought us the U.S. debut of Barihunks favorite Randal Turner, so they hold a special place in our hearts. 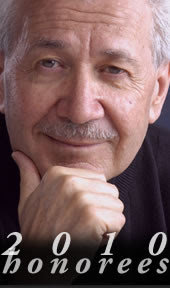 We also feel compelled to bestow some praise on Michigan Opera Theater general director David DiChiera, who has kept opera running in a city that has faced some severe economic challenges. It was recently announced that DiChiera was selected as one of the recipients of the 2010 National Endowment for the Arts’ Opera Honors for his lifetime contribution to opera. The other recipients are Martina Arroyo, Eve Queler, and Philip Glass.

This site would like to offer a special CONGRATULATIONS to Mr. DiChiera.

This site can be contacted at barihunks@gmail.com.

Also make sure to visit the new Barihunks store by clicking on the tie dye t-shirt above.
at 5:54 AM