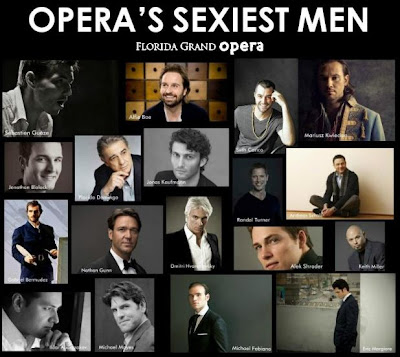 The Florida Grand Opera has been having a great time on Facebook and Twitter with the recent Marie Claire feature about the sexiest men in opera. They've now created they're own meme of "Opera's Sexiest Men."

We certainly won't take issue with ANY of the barihunks on their list, which includes Seth Carico, Mariusz Kwiecien, Nathan Gunn, Randal Turner, Gabriel Bermudez, Dmitri Hvorostovsky, Michael Mayes, Ildebrando D'Arcangelo and Keith Miller, all of whom have appeared on this site. They've even included some of our favorite tenors, like Jonathan Blalock, Alek Shrader Michael Fabiano and Eric Margiore.