[Jewish Journal] The old theater saying that there are no small parts, only small actors, can also be said for opera. Just ask Australian bass Joshua Bloom, who was in town last month to begin rehearsals as Masetto for the Los Angeles Opera production of Mozart’s “Don Giovanni.” The opera’s seven performances run Sept. 22 through Oct. 14 at the Dorothy Chandler Pavilion.

Masetto marks Bloom’s L.A. Opera debut. “Masetto is a small role, but a good one because you can certainly make an impression,” Bloom said during a break in rehearsal. “There are some roles where nobody remembers you, but Masetto has enough meat to it — it’s great to debut with in a major house.”

[Read the remainder of the article HERE] 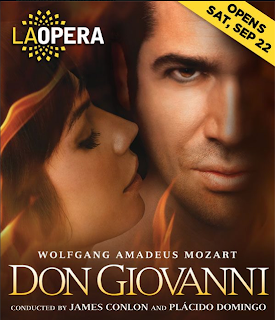 Of course, Bloom opens as Masetto opposite fellow barihunk Ildebrando D'Arcangelo in Mozart's Don Giovanni at the Los Angeles Opera. Performances begin on September 22nd. Visit the website for tickets and additional information.
at 7:51 AM