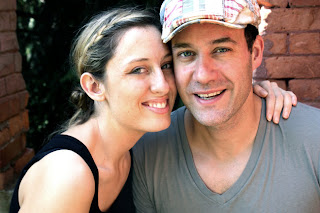 Jennifer Michelle Rivera was married Saturday in New York to Michael Jason Rice. Herschel D. Garfein, a librettist and composer who is a friend of the couple and who became a Universal Life minister for the occasion, officiated at the Ladies Pavilion in Central Park.

The bride, 37, will continue to use her name professionally. She is a mezzo-soprano who performed the title role in “La Stellidaura Vendicante” last month at the Innsbruck Early Music Festival in Austria,; in March she sang the role of Stephano in “Romeo et Juliette” with the Palm Beach Opera. Her discography includes “Agrippina” with Rene Jacobs for the Harmonia Mundi label and “L’Olimpiade” with Alessandro de Marchi for the Sony Music label. She also writes a blog about her life and travels, “Trying to Remain Opera-tional,” and is a contributor to the culture section of the Huffington Post.

She is the daughter of S. Patricia Rivera and Rafael Rivera of Hyde Park, N.Y. The bride’s father retired as a sixth-grade teacher from Strawberry School in Santa Rosa, Calif., and is an adjunct professor of speech and theater arts at Dutchess Community College in Poughkeepsie, N.Y. Her mother retired as a loan officer at Washington Mutual Bank in Santa Rosa.

The groom, 37, recruits for media companies at Howard-Sloan-Koller Group, an executive search firm New York, and is the producer and a host of OperaNow, a podcast. Until last year, he was a bass-baritone opera singer. He graduated from Northwestern.

He is a son of June A. Rice and Thomas F. Rice of Stamford, Conn. Until March, the groom’s father was the chief executive of ScanOptics, an archiving service in Hartford.
The groom’s previous marriage ended in divorce.


Read the original announcement in the NY Times:
http://www.nytimes.com/2012/09/09/fashion/weddings/jennifer-rivera-michael-rice-weddings.html?_r=1&ref=weddings