Dmitri Hvorostovsky returns to US for Don Carlo and recitals 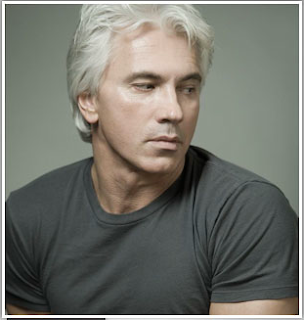 Siberian barihunk returns to New York from his European tour to sing Rodrigo in Nicholas Hytner’s production of Verdi's Don Carlo at the Metropolitan Opera.  He will be joined by the great Italian baritone Ferruccio Furlanetto as Philip II. The two men also sang together in the Met's Ernani and it's always a thrilling vocal display when they share the stage.  and throughout Russia this winter, Dmitri Hvorostovsky returns to New York's  this month to star as  The cast also includes Ramón Vargas as Don Carlo, Barbara Frittoli as Elisabeth and Anna Smirnova as Eboli. For tickets and additional information and tickets visit the Met website.

As soon as Hvorostovsky wraps up Don Carlo he will head down the coast to the Nation's capital for a recital with the Washington Performing Arts Society on March 20th at the Kennedy Center. The program includes songs and arias by Mozart, Puccini, Verdi, Tchaikovsky, Rachmaninoff and others. He continues down the coast to Miami Beach for a slightly different program at the New World Center that includes Rachmaninov, Rossini, Wagner, Rubinstein and Verdi.
at 8:00 AM