Photos from Erwin Schrott at 54 Below

We covered Erwin Schrott's debut performance at New York City's nightclub 54 Below in a previous post, but now we have actual photos from the show. The evening of music from his award-winning CD "Rojotango" proved to be quite a hit, as there wasn't an empty seat in the house to see and hear the hunky Uruguayan barihunk. Schrott was accompanied by the Pablo Ziegler Quartet.

54 Below, which has been hosting the best of Broadway, is now hosting the best from the world of Opera. It appears to have caught on and regular readers will recall that barihunks Ildar Abradzakov and Dmitry Hvorostovsky showed up along with Schrott for tenor Charles Castronovo's show.  Next up from the world of opera is soprano Patricia Racette, who performs for five nights opening on March 26th. Tickets are available online.

Schrott can be seen tonight and Saturday at the Metropolitan Opera where is he is singing Dulcamara opposite the Belcore of fellow barihunk Mariusz Kwiecien in Donizetti's L'Elisir d'Amore. Schrott's real life wife, Anna Netrebko, is Adina. Tickets are still available. 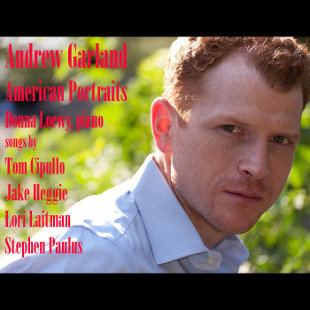 If you can't make the concerts, Racette and Castronovo, both have CD's available at GPR Records that include much of the music from their shows. Also, available is the new CD "American Portraits" from the gifted BARIHUNK tee shirt model Andrew Garland (look to your right). Keep your fingers crossed and maybe he'll be the next opera singer booked in to the club.
at 9:05 AM