Opera San Antonio rolled out its initial season with Tobias Picker's chamber opera Fantastic Mr. Fox. Of course, what would make more sense than casting your fox with a foxy barihunk?  John Brancy takes on the title role in an impressive cast that also includes mezzo Renee Rapier as Mrs. Fox, tenor Theo Lebow as Mr. Porcupine, countertenor Andrey Nemzer as Agnes the Digger, Jonathan Blalock as Mr. Mole, Tynan Davis as Rita the Rat, soprano Elizabeth Futral as Miss Hedgehog, baritone Andrew Craig Brown as Boggis, tenor Edwin Vega as Bunce and baritone Gabriel Preisser as the gun-happy Bean. Andrew Craig Brown and Gabriel Preisser have both been featured on this site.

For those unfamiliar with story, Brancy's Mr. Fox is virtually moribund after having his tail shot off by money-loving farmers, only to become happy again after outwitting his enemies.

The new company has a hit on their hands, as the entire run at the Carlos Alvarez Studio Theater is completely sold out. Rumor has it that other companies are already looking at picking up the production.

Five years in the making, Opera San Antonio has produced its first fully staged opera after earlier organizing recitals and partnering with the San Antonio Symphony for a semi-staged production of  Dvorák’s Rusalka. Next up for the company, which is being led by Tobias Picker, is Richard Strauss’ Salome, a far cry from the children's story Fantastic Mr. Fox. 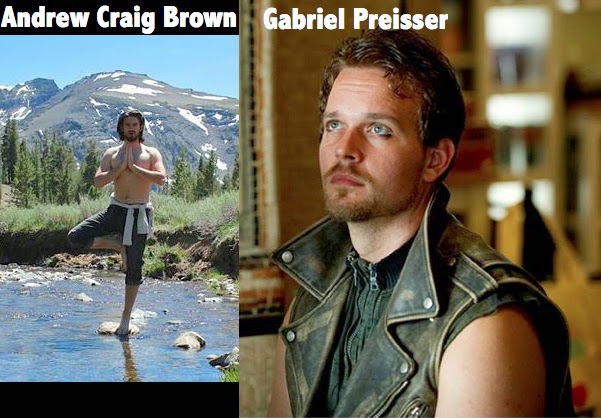 You can listen to an interview with John Brancy on Texas Public Radio by clicking HERE.

Gabriel Preisser has a busy schedule coming up. to be a busy couple months. On October 5 and 6, he heads to Philadelphia for a recital with Lyric Fest of German lieder. He then sings Escamillo with Florida Opera Theatre in Orlando on October 17 and 19, and then again in Duluth, Minnesota with the Lyric Opera of the North on November 15. On November 23, he'll sing Orff's Carmina Burana at the new Dr Phillips Performing Arts Center in Orlando.
at 7:16 AM