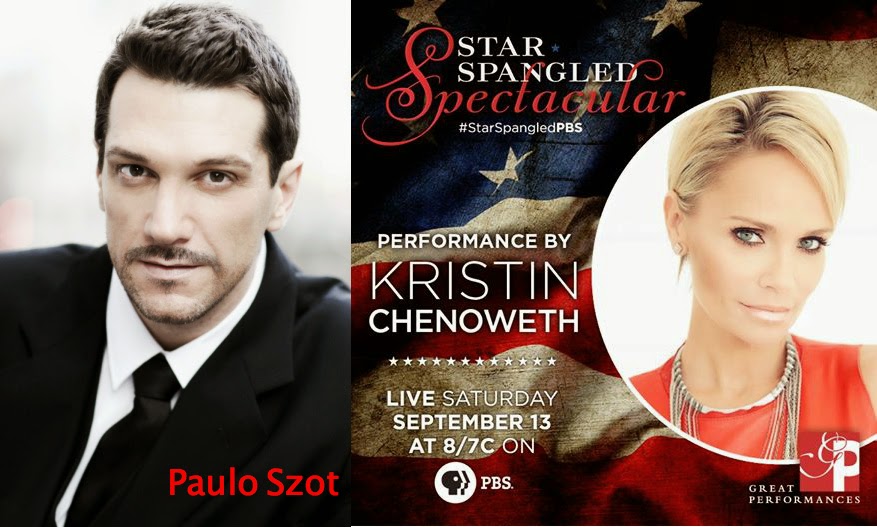 Broadway star Kristin Chenoweth will join barihunk Paulo Szot on the PBS broadcast of Star-Spangled Spectacular: Bicentennial of Our National Anthem on Saturday, September 13 at 8 p.m. ET on PBS. (Check local listings.) The concert is part of a weeklong celebration of the 200th anniversary of our national anthem.

The program will also include ceremonial activities at Fort McHenry National Monument and Historic Shrine, historical highlights and an extraordinary fireworks crescendo.

Two hundred years ago, Francis Scott Key, a Maryland-born attorney, was inspired to write the words to what would become the United States’ national anthem.  In 2012, Star-Spangled 200 and the Maryland War of 1812 Bicentennial Commission began a multi-year commemoration of this legacy which will culminate with Star-Spangled Spectacular, a weeklong festival taking place on September 10–16, 2014. The festival will include tall ships, Navy gray hulls, a performance by the Blue Angels, landside festivities, and this special television program to honor the national anthem.
at 7:02 PM