What do you do if you’re a kid whose deep voice always sticks out? For Evan Boyer, the answer was: become an opera singer. “No matter how quiet I tried to talk in class, I was always that kid who the teacher could hear,” Boyer says. As a teenager, he discovered his true talent accidentally at camp: some cute girls who liked his bass sound asked him to sing for them. He impressed his audience, and surprised himself with what turned out to be a defining moment. It led him to pursue choir in high school, and later, he studied voice in college. Now, Boyer is a recent graduate of Lyric Opera of Chicago’s professional training program. He makes his Seattle Opera debut as Masetto in Don Giovanni, and has been called “excellent” by The Seattle Times.

Welcome to Seattle Opera! You’re making your debut with us.
Don Giovanni was actually the first opera I ever saw as a senior in high school. It was the Kentucky Opera in Louisville. [He says the name with a Southern accent: "Lou-ville."] I guess here in Seattle you’d say “Louie-ville” [laughs].

Based on some of the names Masetto calls his wife, as well as his quick temper, it might be easy to assume that he’s a bad guy. However, he’s more complex than that, isn’t he?
Masetto has a temper, and tends to see things in black and white--there's very little gray area for him. But he’s a really honest, good guy; he's just trapped in an impossibly difficult situation. He thinks his wife is abandoning him for someone else on his wedding day; in an instant, the happiest day of his life has become a nightmare. Masetto is of a lower class. There’s nothing he can do when this nobleman starts coming on to Zerlina. She’s definitely not resisting as much as she should be. Naturally, he’s pissed off.

There are remaining performances of Don Giovanni on Oct. 29, 31 and Nov. 1. For tickets and more information, go to seattleopera.org. 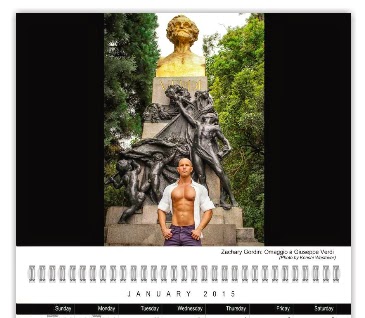 Make sure to order our new 2015 Barihunks Charity Calendar featuring 19 of the hottest men in opera. Click on the LULU button below.